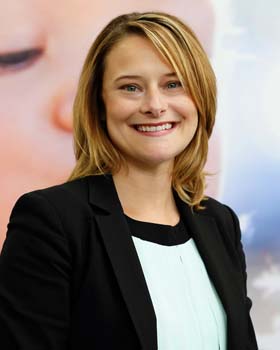 Detroit-based Samaritas, a faith-based nonprofit, today announced the hiring of Kelli Dobner as chief advancement officer of the Judson Center.

“Samaritas’ impact is incredible,” says Dobner . “I am inspired by the lives that are forever changed in the most positive way possible as a result of the organization’s work. I am excited to tell those individual stories and to be part of such an impactful organization.”

In 2016, Dobner was named as an Oakland County Elite 40 Under 40 by L. Brooks Patterson, county executive of Oakland County. She was also the recipient of the National Strategic Effectiveness Award from the American Diabetes Association, the Graduate Professional Award twice from Wayne State University, and the Donald P. Durocher Memorial Award from the Public Relations Society of America.

“We are pleased to welcome Kelli Dobner to this leadership position,” says Sam Beals, CEO of Samaritas. “I look forward to seeing the ways she transforms our reach and grows our brand awareness to better support our mission.”