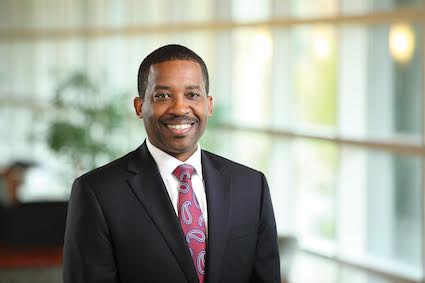 Manns is currently president of Mercy Health Saint Mary’s in Grand Rapids and will transition to his role at SJMHS in October. The two Trinity Health-owned systems combined last fall to create a strong and people-centered care delivery network across Michigan.

“As one of the top health systems in the country, Trinity Health is fortunate to have high-quality leaders committed to advancing our healing mission,” says Rob Casalou, president and CEO of Mercy Health and SJMHS. “We looked within our existing ranks for a new hospital president and interviewed several outstanding candidates. In the end, Bill’s qualities as an accomplished, dynamic, and collegial leader with an impressive track record for results make him an ideal choice to lead St. Joe’s Ann Arbor and Livingston.”

In 2013 he returned to Michigan to become president of Mercy Health Saint Mary’s. During his time there, Manns oversaw hospital renovations including the construction of a $50-million new surgical suite, the opening of Mercy Health Rockford Medical complex, the opening of multiple ambulatory sites throughout west Michigan, and the current renovation of the maternity unit.

“I’m looking forward to bringing my experience leading strategy in west Michigan now to the Ann Arbor and Livingston markets,” says Manns.  “This kind of synergy is an example of how we are building a strong statewide system that is truly integrated with enhanced resources and clinical capabilities that we can more easily implement across the state.”

Manns attended the University of Michigan, where he earned his bachelor’s degree in organizational psychology and master’s degree in health services administration.