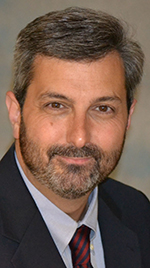 Previously, Brooks served as president of St. John Hospital and Medical Center in Detroit and senior vice president of the health system’s east region. Before that, he was chief executive officer for Providence Health and Service’s Northwest Washington service area. During his nearly 10 year tenure there he led the transformation of a community hospital into a regional referral network.

Brooks earned a bachelor’s from Wayne State University and a master’s in hospital administration from the University of Michigan.