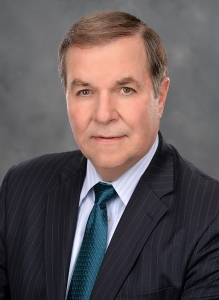 Rodger D. Young, founder of Farmington Hills-based Young & Associates, and E. Powell Miller, founder of The Miller Law Firm, based in Rochester, have been appointed to a federal judge review committee. â€‹

“I am honored to have been appointed to serve our country in this important and impactful way,” says Young. “Our federal judges play a vital role in decisions that affect each of our lives every single day.”

Young’s experience includes Gubernatorial appointments to the Michigan Environmental Review Board, the Michigan Transportation Commission, and a Presidential Appointment by former President George W. Bush to serve as a United States Ambassador to the United Nations General Assembly from 2007-2008.

Miller focuses his practice on all aspects of litigation. He is co-president of the Detroit Chapter of the Federal Bar Association Antitrust Committee, serves on the executive committee for the Wayne State University Law School Board of Visitors and lectures at the University of Michigan School of Law.

“I take this role and responsibility very seriously,” says Miller. “This appointment is a tremendous opportunity to carefully and thoughtfully guide the decision-making process for our federal judges, who serve a critical role in interpreting our country’s laws.”