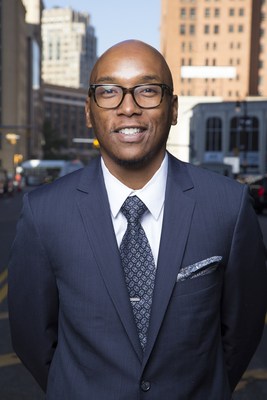 Detroit-based Rock Family of Companies and Bedrock have announced Charles Wilson as the new chief security officer (CSO). Wilson will oversee security operations throughout the enterprise and lead the relationship development with local law enforcement, allowing data contribution and services in the communities of where the companies are based.

“We took a deliberate approach to finding the right leader for security operations, conducting a nationwide search,” says Jay Farner, CEO of Quicken Loans. “No matter who we spoke with or where we looked, Charles’ name and skill set always stood out and he was already leading the security apparatus at Greektown Casino-Hotel, which will make his transition seamless. His strong background and experience makes him the perfect match for this dynamic and important position, and the fact that he is a native Detroiter is another tremendous plus.”

In addition to his most recent position, Wilson served 20 years in the Detroit Police Department (DPD), retiring as commander and chief of staff to the department’s current chief, James Craig.

Wilson was also a liaison to the business community, establishing a relationship between DPD and local businesses. He was also the commanding officer of the northwestern district and held positions within the homicide, auto theft, and internal affairs operations.

“I am inspired by the new challenge before me and look forward to working alongside all of the talented men and women of the security team and the entire Rock Family of Companies,” says Wilson. “I have dedicated my career to Detroit, and it is an honor and privilege to be part of an organization so actively involved in the community. The Rock Family of Companies has hired thousands of Detroiters, breathed new life into historic buildings, and committed its significant resources to both the rebirth of downtown and Detroit’s neighborhoods. I am proud to be leading the organization’s focus on safety as a key pillar of its overall mission.”