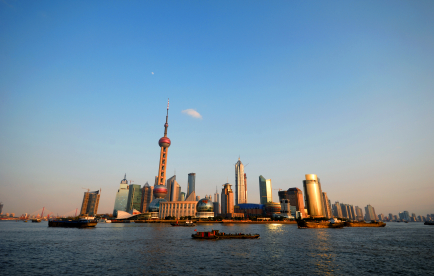 Wayne County Executive Robert Ficano checks in from China, where he is leading a trade mission to secure jobs and investment while opening new markets. The interview was conducted DBusiness Editor R.J. King on November 15, 2010.

DB: Where are you?
RF: We just landed in Chongqing. We started (on Nov. 12) in Shanghai, and we’re coming from Nanjing. We met with the Vice Mayor and other government officials (in Nanjing). At first, it’s formal. Everyone introduced themselves. We talked about Wayne County. They talked about Nanjing. There are a number of companies traveling with us, so they met with Chinese businesses in their respective fields. It was very productive.â€¨

DB: What’s your pitch?
RF: This is my sixth trip to China. It’s all about renewing old acquaintances and building new ones. So far, there are 40 Chinese companies in Wayne County, and many have resulted from these trips. We have access to fresh water, a skilled workforce, natural resources, an international airport with six runways, plus Willow Run Airport.

DB: That only scratches the surface.
RF: Right. We have a lot of skill sets that transfer well. The Chinese are very interested in cleaning up old industrial and brownfield sites in the greenest way possible. We had representatives from energy companies on the trip that have done them. Auto technology is another big one, as you know. Hospital design is another one. The SmithGroup (in Detroit) designed a 4-million square-foot hospital in Shanghai.

DB: What’s the action on the streets?
RF: We visited an electric car company, and rode around in their buses in Shanghai. We visited with various companies (Ficano and his team visited with two electric car companies — Shanghai Ruhus Corp. and Shanghai Lei Bo New Energy Technology Co.). A few other things they were interested in were wind turbines and solar energy. We also had lawyers from our (private) firms to help bridge the deals. Construction companies were part of our team. Plus, the new owner of The Henry (formerly the Ritz-Carlton in Dearborn) was with us. We’ve had a dramatic jump in delegations from China traveling on business to Wayne County. It used to be around the auto show and SAE, but now it’s all year long.

DB: What’s your impression of the Middle Kingdom?
RF: They continue to grow. It’s now the second largest economy in the world, having just passed Japan. They have a global economy. We took a bullet train from Shanghai to Nanjing, and it’s about the same distance as Detroit to Chicago. It took us 75 minutes.

DB: What other business can you draw?
RF: We’re moving ahead on some airport agreements. It takes two years or more to get things going, but they are looking for alternative routes for cargo. We, of course, want it to come into Wayne County. Actually at Willow Run Airport. It’s part of the overall Aerotropolis initiative.