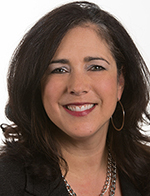 TROY — Kimberlie Buchanan, principal at Rehmann, has earned the Certified Franchise Executive designation awarded by the Institute of Certified Franchise Executives. She completed a comprehensive course of study in franchise management offered by the institute, which is the academic branch of the International Franchise Association’s Educational Foundation. The International Franchise Association is the world’s oldest and largest organization representing franchising worldwide.

Buchanan is the director of practice growth at Rehmann and a leader in the firm’s franchise practice. Prior to joining Rehmann, Kimberlie worked with various franchisors before becoming the controller at a national franchise. Rehmann is a member of IFA SupplierForum and has been an exhibitor at the IFA’s annual convention for the last four years.

“I’m honored to receive this designation and thrilled to continue my franchise work with Rehmann,” Buchanan said. “Franchising is an endlessly exciting element of our business landscape — one I hope to be part of for many years to come.”

Nearly 1,500 franchise executives are now enrolled or have received certification. More than 300 IFA-member companies currently have one or more executives enrolled in the program that provides benefits such as specialized knowledge, industry recognition, peer-level networking, and professional standing.

Candidates are required to complete a rigorous course of study to earn the CFE designation, which includes attending institute-sponsored educational seminars and workshops. The program enhances franchise professionals’ understanding of the industry’s fundamental and complex aspects.