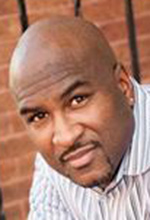 Detroit-based Reading Partners has named Robert Simmons as vice president of state operations for Michigan and senior adviser on innovation.

The newly created position is part of the effort to ensure many more students in Michigan and across the nation are on-track to read at grade-level by fourth grade.

Previously, Simmons served as the chief of innovation and research for the District of Columbia Public Schools. He led their Empowering Males of Color initiative, a $20 million signature effort  that is aligned with President Obama’s My Brother’s Keeper initiative. Prior to that, Simmons was the founding director of the Center for Innovation in Urban Education as well as a tenured professor of urban education at Loyola University Maryland, and a research associate with the Baltimore Education Research Consortium at Johns Hopkins University. He is the author of numerous publications and the co-editor of the the book, Talking about Race.