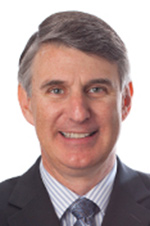 The Ralph C. Wilson, Jr. Foundation has named David O. Egner as the new president and CEO of the organization.

Egner, of Novi, brings more than 25 years of experience in the nonprofit sector which he will use to guide the organization in fulfilling its goal to distribute $1.2 billion to eligible nonprofits over the course of 20 years. Previously, Egner worked for the Hudson-Webber Foundation, where he served as president and CEO. He also has served as the executive director of the New Economy Initiative for Southeast Michigan, a $135 million funder collaborative to drive economic growth through entrepreneurship and small business development.

His past experiences include working for Junior Achievement, eventually serving as director of operations for the organization’s Mid-America Operations. He then joined the W.K. Kellogg Foundation and later on served as president and CEO of the Michigan Nonprofit Association.

Egner earned his Bachelor of Arts in business administration and speech form Westminster College in Missouri and he MBA from Western Michigan University.