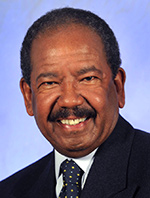 W. Frank Fountain Jr. has been name to the board of trustees for the Ralph C. Wilson Jr. Foundation.

Fountain, a former executive at Chrysler, is the latest addition to the foundation’s board of trustees. He was selected for his dedication to the community and passion for helping others; qualities which seamlessly align with the mission of the foundation.

Through his work as president of the Chrysler Corp. Foundation, the automobile company’s philanthropic organization, and his personal philanthropic efforts serving on a number of boards, including the Hudson-Webber Foundation, Fountain has made it his personal mission to make an impact both locally in Southeastern Michigan and nationally.

The Ralph C. Wilson, Jr. Foundation is dedicated to sustained investment in the quality of life for the people of Western New York and Southeastern Michigan, two areas Wilson was devoted to as the home of his Buffalo Bills franchise and his hometown.

Fountain, of West Bloomfield, earned his Bachelor of Arts in history and political science from Hampton University and his MBA from the University of Pennsylvania’s Wharton School of Business.