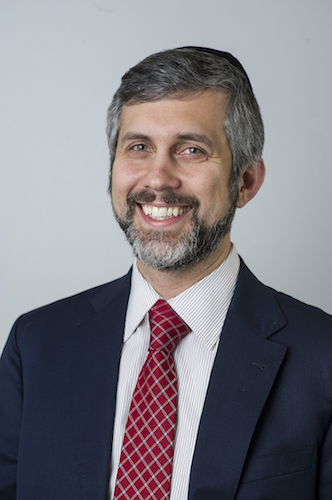 The Holocaust Memorial Center Zekelman Family Campus has appointed Rabbi Eli Mayerfeld as the organization’s chief executive officer. The announcement was made by board of directors chairman Steven Grant.

“Not only does Rabbi Mayerfeld have a shared vision of the Holocaust Memorial Center and its mission, but he also has deep educational and community relations experience. Eli truly is the ideal candidate to lead our organization going forward,” says Gary Karp, Holocaust Memorial Center board of directors president. “Our board appreciates his unique skills, understanding of our community, strong Jewish values and relationships with all faiths in Michigan.”

Prior to his role, Mayerfeld founded the Jewish Wisdom Foundation, a nonprofit based in Bloomfield Hills. As CEO, he worked to engage Jews with their history and develop online content and programs for high school students. From 1993 to 2015, he served as the executive director of Yeshiva Beth Yehudah in Southfield. During his tenure, Mayerfeld increased annual fundraising, which included completing an $8 million capital campaign that led to the construction of new education facilities.

“It is important to me that education is an integral part of the mission of the Holocaust Memorial Center,” says Mayerfeld. “Given my background, I am excited to reach and engage educators, students and the general public. I believe this is key as the museum becomes a nexus of learning statewide due to the passing of the Holocaust and genocide education bill in Michigan.”

In 1991, Mayerfeld earned a bachelor’s degree in engineering from The Cooper Union for the Advancement of Science and Art in New York City. He earned his advanced degree in Rabbinic Ordination from Rabbi Berel Wein.