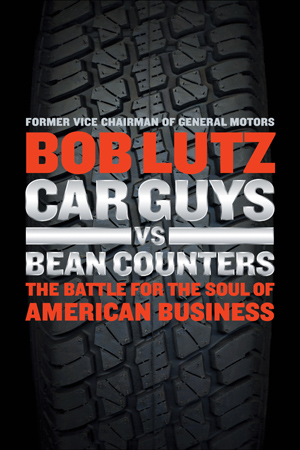 DBusiness: Where are you?

Robert Lutz: I just got off duty at the Lotus stand at the New York Auto Show.

RL: I hosted their press conference yesterday and gave the introductory speech at their charity event last night. Today, I manned the stand and explained the cars to interested folks. They have an Elise, an Exige, two Evoras and the next-generation Esprit here. I’m a member of their advisory board, and I consult.

DB: What else of interest was there?

RL: There was a horribly overwrought, misproportioned, ugly design study on the Saab stand. It looks like a big silver brick with rounded edges and odd little aerodynamic wings from the A pillars back to the C pillars, sort of twisting in the wind like somebody’s scarf. I think it’s supposed to be a statement of Saab’s design future, and to demonstrate their liberation from GM design. But Victor Muller says their sales are doing pretty well. They have a momentary cash crunch because the Swedish government held back some money they had promised, but they did 6,000 cars in March, which is almost a record number.

RL: I was really disappointed in the new Honda Civic. The prior Civic was such a breakthrough in overall shape and height-to-width relationship, a very bold and admirable design statement that broke away from the compact class, so I think everybody was watching with bated breath to see what Honda would unleash next in that segment. To me, it looks identical to the current Civic except for a new grille, new interior and new taillights. If it’s really all new, it’s a missed opportunity for an aesthetic upgrade.

I also looked with astonishment at the Lexus CT200h hybrid, and I’m not wondering why it’s not selling well. But Toyota had a Subaru-based coupe there as a Scion — a three-dimensional foam model with no interior — sitting very low to the ground with monster tires, and the overall proportion looked pretty darn good. The new Ford focus is an interesting car that I’m sure will do very well. But in terms of interior execution, I think the Cruze has it well beaten.

DB: There must have been a green theme.

RL: A big green theme. Almost everybody had something electric. Mazda, not having a hybrid or electric, used the clever advertising theme: “Not electric, not a hybrid, not a drag to drive.”

DB: Anything else going on?

RL: The premiere of Chris Paine’s “Revenge of the Electric Car” is at the Tribeca film Festival tonight. It’s the first movie premiere I will have been to in about 30 years. [Wife] Denise has seen a preview and says it looks very interesting, well done, and fair and balanced, and that GM and I come off fairly well in it, so I’m looking forward to seeing it. I think this one may be partial atonement for his first one.

RL: Our book tour should be pretty intense. I think there’s a synergy going on with the movie, the book, the book tour and the lecture circuit. They will have a mutually reinforcing effect — the movie and the lecture circuit will sell more books, the book will sell more lectures, and so forth. So I’m looking forward to a period of increasing busyness as a lecturer and consultant. I always sort of wanted to be a teacher, so I’m quite looking forward to that.