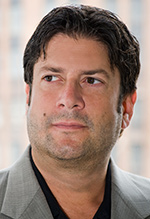 PR veteran Don Tanner has been named president of the Public Relations Society of America – Detroit Chapter for 2016.

Tanner has more than 30 years of communications experience that includes the past 10 as a co-founder of Tanner Friedman, with Matt Friedman, providing public relations and marketing counsel to clients in nearly all industries. His background also includes major market print and broadcast journalist positions, including reporter for WWJ Newsradio 950, WXYT-AM and others.

Tanner, of West Bloomfield, holds a Bachelor of Arts in speech communications and business from the University of Illinois at Urbana-Champaign.

The newly appointed executive board members will serve a three-year term focusing on the Detroit Chapter’s leadership and governance.