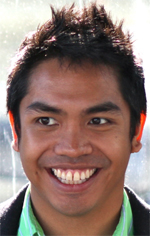 As a co-founder and CTO of the startup, Balanon is responsible for overall development and implementation of the payment application and cloud based software.

“A true visionary and innovator in the startup industry, we are excited to have Henry join our team,” CEO Thiago Olson said. “His expertise and unparalleled dedication to delivering next-generation technology will be critical as we look to grow our company both locally and nationally.”

“I’m pleased to be stepping away feeling 100 percent confident in the future of Detroit Labs and the team we’ve grown,” Balanon said. “It was a touch decision, but I look forward to working alongside the team to grow Protean’s brand and provide consumers with the latest in credit card technology.”

Balanon graduated with a Bachelor of Science degree from Michigan State University.