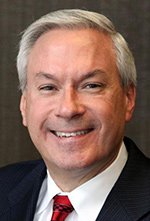 Paul Glantz, president of Proctor Financial Inc. and the CEO of Detroit’s Emagine Entertainment Inc., has joined the Citizens Commercial Banking Advisory Board.

The 18-member board of advisers assists Citizens with key market connections and provides an outside perspective on the bank’s priorities.

Glantz has served as president of Proctor Financial since 1989, a provider of specialized insurance services to mortgage servicers nationwide. He has helped guide the company and its affiliates and led the sale of Proctor’s flood division to TransUnion LLC.

As chief executive of Emagine theaters in Novi, Canton, Rochester Hills, Royal Oak, and Macomb, he has been at the forefront of technological change in the theater industry, particularly the transition to high-definition digital presentation, deployment of  two of the world’s first four 4K digital projectors at Emagine Royal Oak and by initiating its large format concept, the E-Max Experience, and by introducing Dolby’s revolutionary Atmos sound systems to the Michigan marketplace.

Glantz, of  Lake Angelus has a Bachelor of Science in business administration from Wayne State University and a master’s in taxation from Walsh College.