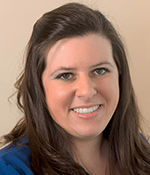 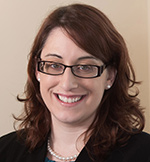 Previously, Kohl clerked for Pitt McGehee Palmer & Rivers and interned for Chief Judge Robert Colombo Jr. of the Third Circuit Court of Michigan. In addition, she is a member of Ann Arbor Civic Theatre and other performing groups.

Kohl, of Novi, received her Bachelor of Science in sociology and Spanish from the University of Michigan and her juris doctor from Wayne State University Law School.

Brown worked for elected federal and state officials in Detroit and Lansing. She serves as vice chair for the City of Lincoln Park’s Economic Development Corp.

Brown, of Lincoln Park, earned a Bachelor of Arts in political science and journalism  from the University of Michigan-Dearborn and her juris doctor from Wayne State University Law School.

When It Comes to Mobility, Michigan Is Where the Action Is...

3 Tips for Planning a Successful Virtual Event in 2021

Guess What? Money Does Grow on Trees!