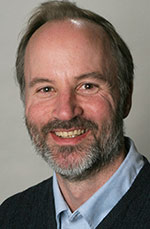 DETROIT — Steve McBride has been named the new executive director of Pewabic, a non-profit organization dedicated to progressing ceramics in Detroit.

Previously, McBride was director of annual giving at Interlochen Center for the Arts where he led the annual fundraising efforts for both Interlochen and Interlochen Public Radio.

Beyond fundraising, McBride also worked as regional marketing and communications manager, serving as an organizational spokesman and liaison for regional arts and cultural organizations.

McBride holds a Bachelor of Arts in psychology and philosophy from Miami University (Ohio).