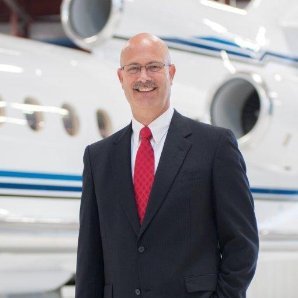 “I am pleased to announce that Robert J. Rufli has accepted the position of vice president of flight operations at Pentastar Aviation,” says Schmidt. “This position is critical in our quest to deliver world-class aviation services and his reputation for excellence in business aviation precedes him. Bob has a distinguished career, gaining incredible experience in general aviation operations of large and small business jets as well as corporate shuttle operations. We are excited to welcome him into the Pentastar family.”

Rufli earned his bachelor’s degree in air commerce from the Florida Institute of Technology and completed flight training in Gulfstream III, Hawker 800XP & 700, McDonald Douglas MD-80, and several other jets and airliners.