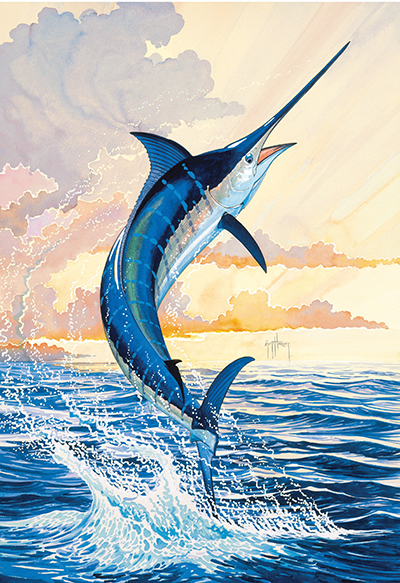 “This relationship will broaden the reach of my art for patrons and at the same time help spread the message for ocean conservation,” says Harvey, who in 2011 received the Simon Conservation Award from Artists for Conservation.

Park West Gallery and Harvey are celebrating in a big way. Harvey had the honor of designing the hull artwork of Norwegian Cruise Line’s newest ship, the Norwegian Escape, which will set sail in November. Promotional artwork by Harvey will be available aboard the inaugural cruise.

Harvey draws upon a degree in marine biology from Aberdeen University, a doctorate in fishery management from the University of the West Indies, and his childhood experiences growing up in Jamaica to capture the beauty and majesty of ocean life.

Alongside his artwork, Harvey is a scientist, conservationist, diver and angler in support of “catch and release” fishing practices. His Guy Harvey Ocean Foundation supports research and educational programs to protect marine environments.