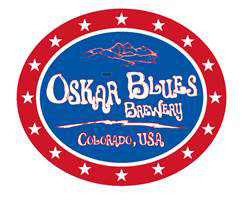 For the past decade, Colorado-based Oskar Blues Brewery has been brewing craft beer-in-a-can and attracting a following with its trend-setting concept. According to Chad Melis, marketing director for the brewery, 2012 marked the first year the brewery could consider expanding to other markets. With 52 percent growth in the market, Oskar Blues’ established its new Brevard, N.C., brewery to supplement distribution from the Colorado brewery.

What’s more, Oskar Blues is known for its attention to quality. By canning the beer, the product itself is protected from sunlight and exposure to oxygen.

“In a can, our beer also offers great portability,” said Melis, “which is ideal for Michiganders who enjoy the variety of year-round outdoor activities, such as spending a lot of time by the Great Lakes.”

Oskar Blues hit the shelves in early March and brewers didn’t hold back. The full line of craft beers are currently available throughout southeast Michigan, and through Powers Distributing in Oakland and Macomb counties. “We felt that Michigan had such strong support of craft beer, our full line-up would be embraced,” said Nick Lensing, Oskar Blues regional sales manager.

And it has. According to Powers Distributing Chief Operating Officer Gary Thompson, one Sterling Heights location that carries the brand welcomed Oskar Blues with a line-up of patrons waiting for the shelved to be stocked on the first day. “This is a great group to work with and we can’t wait for everyone to taste the product,” Thompson said.

Lensing said:  “We have always focused on brewing better beer, not more beer. That’s amazing news that people were waiting for our beer to hit the shelves in Michigan. We see it as a proud craft beer market.”

On the heels of Oskar Blues’ Craft Brewer of the Year award, the introduction to Michigan beer fans couldn’t come at a better time. The brewery actually started the craft-in-a-can trend 10 years ago. “When Oskar Blues was established we were the only craft beer brewery canning beer,” said Melis. “Today there are 256 breweries canning beer.” It’s an honor, he said, that the brewery shares with its distributors.

Thompson’s hope is to increase beer distribution by more than 40,000 cases of beer with the addition of Oskar Blues.