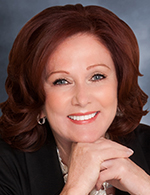 TROY — Linda Orlans, founder and executive chair of Orlans Group, a family of companies specializing in real estate services, has been appointed to the State Building Authority board of trustees.

Orlans, of Birmingham, will join the five-person board to oversee the State Building Authority, which issues and sells bonds and notes to acquire equipment and construct facilities for the use of the State of Michigan, including public universities and community colleges. She will serve the remainder of a four-year term expiring August 2015.

Aside from the State Building Authority, Orlans serves on the board of trustees for the Detroit Institute of Arts, the Michigan Opera Theatre and is a board member of Inforum. She was honored in 2012 as being named among Powered by Women by DBusiness magazine.