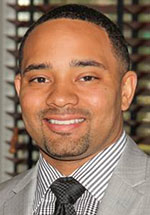 Morgan brings more than a decade of industry experience and has been with the company since 2012. As general manager, Morgan strives to ensure guests enjoy an exceptional dining experience while overseeing daily operations of the restaurant.

Morgan began working at Carrabba’s Italian Grill as a server and a trainer before being offered a management position at P.F. Chang’s. After nearly five years he joined the Columbus, Ohio-based Cameron Mitchell Restaurants, owners of Ocean Prime.

He started at Ocean Prime Indianapolis as a server and a bartender before relocating to Ocean Prime Detroit to work as a supervisor and dining room manager. With his recent promotion to general manager, Morgan now leads a team of nearly 100 associates.