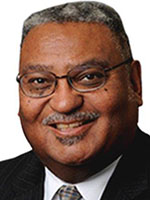 While continuing his duties as President of the Highland Lakes Campus, Dr. May also served as Auburn Hills’ Interim President since the untimely passing of President David Mathews in February 2013.

“Gordon May has proven himself as OCC’s versatile ‘utility infielder,’ filling in with excellence in whatever role the college requires,” Chancellor Meyer said.

Dr. May’s most recent role as Auburn Hills Campus Interim President, from March to the present, was his third such assignment. He was Interim President from Nov. to Dec. 2012 and in 1998-99.  He has been Highland Lakes Campus President since Sept. 2002.