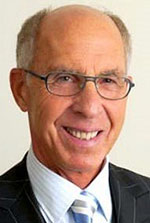 BLOOMFIELD HILLS — Nationally known family law attorney and author Richard S. Victor, Of Counsel to Hertz Schram PC, has been asked to be a speaker by the National American Academy of Matrimonial Lawyers for their mid-year meeting, in Panama City, Panama, in March.

Victor, who is the national Chair of the Academy’s Professionalism and Collegiality Committee, will be speaking on “Promoting Professionalism through better Communication Skills and Techniques.”

Victor is one of only 95 attorneys nationally to be elected a Diplomate of the American College of Family Trial Lawyers.