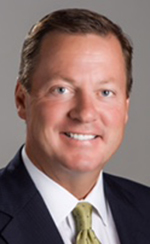 TROY — Rhett Rowe has been named president of Capital for Merchants, a subsidiary of North American Bancard, a credit card processing company.

In his new position, Rowe will be responsible for providing strategic leadership and direction to his team, in addition to driving profitable sales growth for Capital for Merchants.  He will also collaborate with the company’s senior leadership to maximize the brand. Rowe has worked in the industry for more than 25 years in several key areas, including revitalizing sales operations; building successful sales and credit teams; managing key accounts; spearheading major business development initiatives; and optimizing people, processes and capital to improve profits and increase shareholder value.

Previously, Rowe served as the senior regional director with Great Lakes Business Credit in Troy. He also worked with banks, CPA’s, attorneys and others to assist companies that were unable to obtain or maintain traditional bank financing. Prior to Great Lakes, Rowe served as commercial banking manager for Key Bank in Denver, where he was named the company’s “2010 Rookie of the Year” and won the coveted Extraordinary Leadership award.  In addition, Rowe has held CEO positions with First National Bank of Colorado and PMFCU, as well as other C-level positions with Texas State Bank and Arvest Bank in Little Rock, Ark.