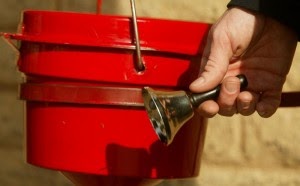 Donating to charities this upcoming year will leave a hole in the pocketbooks of donors and many nonprofits with the elimination of the Michigan tax credit for charitable gifts on December 31.

Since 1989, the charitable tax credit has allowed singles, married couples, and businesses to deduct 50 percent of their donation or gift to a Michigan charity on their tax statements, says Robin Ferriby, vice president of philanthropic services at the Community Foundation, a Detroit-based endowment agency.

“The credit actually returns the gift for a dollar-for-dollar basis of taxes that you owe for the state,” Ferriby says. “We’re trying to make the public aware that this is an opportunity that you won’t have next year — where you can basically leverage up your gift for the cause that you care about.”

The tax credit is non-refundable, but offsets the amount the taxpayer owes to the state. It accounted for $35 million in tax credits for the approximately $100 million in donations in 2010, says Kyle Caldwell, president and CEO of the Michigan Nonprofit Association.

“According to the Treasury, that $35 million leveraged $100 million in private giving that went to programs and services the government used to support but no longer does,” Caldwell says. “I think (we’ve spent) a little too much time focusing on nickels and not enough on the big picture where the dollars are being spent.”

Although financial sacrifices have forced Michigan charities to become creatively frugal with their spending and operational costs, people still require services that charities provide regardless of budget losses, Caldwell says.

“Many non-profits are already suffering, (and) are already seeing declines in giving,” he adds. “They are already trying to do far more with far less in trying to pick up where government is stepping back.”

Although Michigan residents can claim contributions made in 2011 on their 2012 taxes — the last year to do so — the loss of the tax credit, many charities fear, will impact the amount people are able to give in the future, Ferriby says.

“Studies indicate that people give to charities because they believe in the mission of the organization,” he says. “It’s the extinct of what the credit will do on the amount they are able to give.”

Others, such as Caldwell, agree the elimination of the tax will affect donations, especially those from middle and low-income earners who can’t afford to give as much as they’d like to.

Despite the elimination of the tax credit, many charities plan to continue reaching out to the community as best they can, he adds. “Where there is need, that’s where we go,” he says. “We try to figure out how to do far, far more with far, far less.”