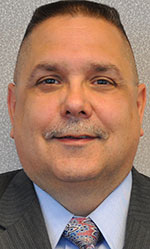 Smigiel, who has served as interim finance director for Macomb County since September 2014, has guided the county through the largest bond sale in its history when, in March 2015, $263 million in bonds were issued to secure retiree health care obligations for the future. Previously, Smigiel was the assistant finance director for the county from March 2011 to September 2014. From August 1997 to March 2011, Smigiel served the county as accounting manager.

Smigiel has a bachelor of business administration with a concentration in accounting from the University of Michigan, Flint. He is also a certified public accountant.

The Macomb County Board of Commissioners approved Executive Mark A. Hackel’s appointment at the full board meeting on May 14.