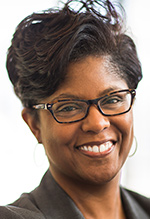 Pamela D. Lewis has been named director of the New Economy Initiative for Southeast Michigan.

The organization is one of the nation’s largest philanthropic partnerships, funded by 12 national and regional foundations and managed by the Community Foundation for Southeast Michigan. It is in its eighth year of innovative funding and the development of public/private partnerships that have helped create more than 17,000 jobs and 1,600 companies throughout the region.

Lewis, of Canton, served as deputy team leader of the organization. She joined the initiative in 2011 as senior program officer, after serving as a member of the Kauffman Foundation’s Detroit team, overseeing national entrepreneurial programs.  Lewis began her career at DTE Energy, spending 15 years in roles ranging from analyst to manager of process management and continuous improvement initiatives. At NextEnergy, she managed entrepreneurial programs focused on accelerating clean energy startups.

Lewis earned a Bachelor of Science in engineering from Michigan State University.