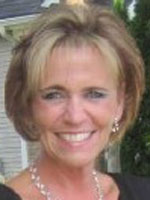 LANSING — Gov. Rick Snyder today announced the appointment of Margaret O’Riley, of Fenton, as director of the Michigan Film Office.

Housed within the Michigan Economic Development Corp., the Michigan Film Office attracts incoming production companies and promotes the growth of the state’s film industry. O’Riley fills the vacancy created by Carrie Jones, who accepted the position of executive director of the Michigan Venture Capital Association.

“Margaret is a dedicated professional who brings years of outstanding experiences to this role,” said Snyder. “I look forward to working with Margaret, and extend thanks to Carrie for her great work and many contributions made on behalf of Pure Michigan.”

O’Riley is director of strategic planning for the Michigan Department of State, and serves as a senior advisor to the Secretary of State and the department’s chief of staff. Previously, she served as founder and president of O’Riley Consulting, which provides tax related services, marketing strategies and government relations counsel to businesses and local and state government entities. O’Riley was also a founding partner of the Sterling Corp. She holds a bachelor’s degree in communications from Michigan State University and participated in the Strategic Leadership for State Executives Program at Duke University.