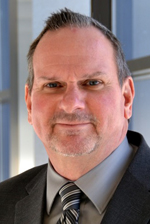 PONTIAC — Oakland County Executive L. Brooks Patterson has appointed Keith Lerminiaux as corporation counsel. Lerminiaux, 58, who has practiced law for 32 years, has worked for the Office of Corporation Counsel since 2000, most recently as deputy corporation counsel where he supervised some of the county’s high-profile litigation matters. He assumes his new duties May 1.

“Keith is a lawyer’s lawyer,” Patterson said. “His experience and acumen make him the natural choice for the job.”

Lerminiaux said he plans to make the transition from deputy to corporation counsel seamless. “Corporation Counsel has been providing excellent legal services to the county, its elected officials, and employees. It is my goal to ensure that continues.”

Prior to joining Oakland County, Lerminiaux was a partner at Dickinson Wright PLLC from 1990-2000 and Vandeveer Garzia from 1980-1990. He began his legal career as an associate at Cummings McClorey in 1979. He received his juris doctor from the University of Detroit-Mercy School of Law and earned a bachelor of science in criminal justice from Michigan State University. He also is a member of the Oakland County, Michigan, and American bar associations.

Lerminiaux lives in Plymouth Township with his wife Patricia. He has a son, daughter, and two stepdaughters.