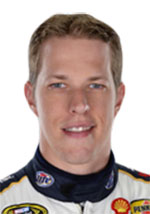 The National Polish-American Sports Hall of Fame will honor Brad Keselowski, who drives the No. 2 Miller Lite Dodge for Penske Racing, during the 40th Anniversary Induction Banquet, June 13 in Troy.

“Brad is well-deserving of this honor,” John Ford said, field marketing manager, Michigan, of MillerCoors. “He is a huge ambassador for Miller Lite fans and exemplifies a dedicated commitment to fans and the state of Michigan. We’re proud to support him.”

“Michigan’s racing season is always an exciting time of the year,” said Gary Thompson, chief operating officer, of Powers Distributing based in Orion Township. “Add in a talented, winning NASCAR driver who hails from Rochester Hills, and it makes the racing season even more special for metro Detroiters.”

The awards will be presented to the recipients at the 40th Anniversary Induction Banquet at 6:00 p.m. on June 13, at the American Polish-Cultural Center in Troy with Detroit Pistons play-by-play announcer George Blaha serving as master of ceremonies. Tickets for the banquet are $100 and can be ordered by calling 313-407-3300.

Information on the National Polish-American Sports Hall of Fame is available at www.polishsportshof.com.