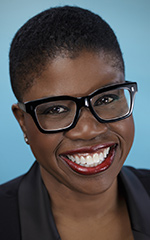 Rhonda Welsh has been named vice president of training and business development for Multi-Training Systems, a training and consulting services firm in Southfield.

Welsh’s responsibilities include overseeing marketing and communication initiatives with special emphasis on leveraging social media and digital platforms, acting as the organization’s media spokeswoman, and building strategic partnerships. She will also provide input on curriculum and work closely with program developers and facilitators.

Previously, Welsh worked at Wayne State University’s College of Fine, Performing and Communication Arts where she founded “The Business of Art” and managed alumni relations. Other key roles include leading public relations at the College for Creative Studies where she worked on the initial public relations team for Shinola Detroit’s launch. She also worked at at St. John Providence Health System where her responsibilities included oversight of community and civic relations, marketing, advertising, and communications leadership for the Van Elslander Pavilion project.

Welsh has held board and volunteer positions with several organizations including: the African-American 490 Challenge, Volunteers of America, National Association of Black Journalists, Teen Hype, the Detroit Institute of Arts, Public Relations Society of America, New Detroit and the Rhonda Walker Foundation.

Welsh earned her  Bachelor of Arts in English and an master’s in public relations and organizational communication from Wayne State University.