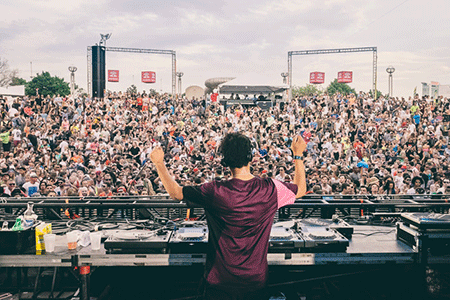 “This year’s lineup is a diverse group of legends, underground heroes and rising talent who have all been inspired by Detroit and its musical legacy at some point in their career,” says Chuck Flask, Paxahau’s artist coordinator.

The 10th annual independently-produced, three-day event will offer a wide range of up-and-comers, local luminaries, trailblazers, and pioneers in techno, house, and hip-hop, featuring headlining performances by hip-hop icon Snoop Dogg as DJ Snoopadelic, Richie Hawtin, and Boys Noize and Skrillex as Dog Blood. The 2015 Grammy-nominated duo, Disclosure, will also make their festival debut and perform alongside some of their favorite acts for their traveling Wild Life showcase.

The festival features six technologically-rich outdoor stages, more than 100 artists, a VIP setting located behind the main stage, an interactive technology center featuring the hottest gear in the industry, and several art displays to stimulate the senses.