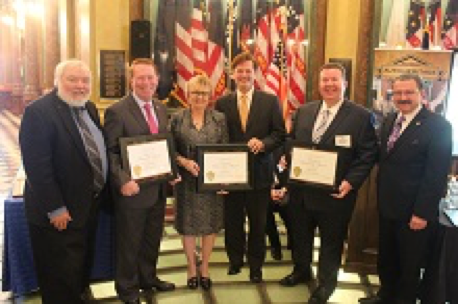 The Detroit-based MotorCities National Heritage Area Partnership, in conjunction with partners Detroit Metro Convention and Visitors Bureau and Tourism Windsor, have been awarded a Partnership Award from the director of the National Park Service (NPS) for the Find Your Road Trip tourism guide.

Motorcities is a non-profit organization dedicated to the historic preservation of the automotive industry.

“Each year, these awards celebrate great partnerships and great accomplishments,” says Michael T. Reynolds, acting director of NPS. “This year’s recipients demonstrate the breadth and depth of what can be achieved through partnerships with the National Park Service. They exemplify the important work partners carry out every day in national parks and communities across the country.”

Created to bring awareness to how the area put the world on wheels, Find Your Road Trip celebrated the NPS100th anniversary in 2016. MotorCities collaborated with six NPS and their tourism partners.

Find Your Road Trip also included a passport stamp contest where collectors received a certificate from Governor Rick Snyder for visiting a combination of six heritage sites and one NPS site,

“As an affiliate of the National Park Service, we wanted to increase awareness about the unique and multi-faceted story of this region’s automotive heritage,” says Shawn Pomaville-Size, executive director of MotorCities.  “We could not have distributed 40,000 copies nor had so many winners of the passport contest without the help of our two partners, the Detroit Metro Convention and Visitors Bureau and Tourism Windsor Essex Pelee Island.  There were only six NPS Director’s Partnership awards distributed nationwide, so this is quite an honor for the region.”

Headquartered in Detroit, the MotorCities National Heritage is affiliated with the National Park Service which serves 16 counties and more than 6.5 million.