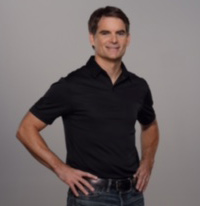 Michigan International Speedway has teamed up with four-time NASCAR Sprint Cup Series champion and NASCAR on FOX analyst Jeff Gordon for a special ticket package during the June race weekend at the track.

The package, which is available to all NASCAR fans for $124 includes:

“Jeff has always said Michigan is one of his favorite racetracks,” MIS President Roger Curtis says. “We are thrilled he is part of a ticket package for the awesome fans here.”

Tickets for the Jeff Gordon 24ever Ticket Package are available at MISpeedway.com\24ever or by calling 800-354-1010.

2016 Jeff Gordon Fan Club members have the opportunity to receive preferred access at the special Gordon Q&A session. To become a member, join at this link.