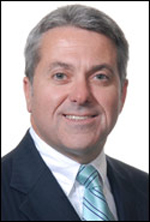 DETROIT —  Miller Canfield has named lawyer Michael P. McGee as its chief executive officer. McGee, a principal and public finance lawyer in the Detroit headquarters office, joined the firm in 1985.  He has served on the firm’s management board and was its hiring chair.

“It’s a privilege to be the CEO of Miller Canfield, a great legal institution with a long history of service and innovation,” said McGee.  “I’m grateful for this opportunity and honored to lead the creative, dedicated and talented professionals who comprise our firm.”

McGee follows Michael W. Hartmann who steps down after serving six years as CEO and before that, three years as chair of the managing directors. Hartmann will resume his practice as a commercial litigator while serving as the firm’s in-house general counsel.  During his tenure as CEO, Hartmann oversaw Miller Canfield’s expansion in Toronto, Chicago, China, and Mexico.

“Mike Hartmann has done an outstanding job as our firm’s leader during a time of unprecedented change in the legal marketplace,” said McGee.  “The firm owes him a debt of thanks for a job well done.”

McGee has nearly three decades of public policy experience and a broad legal background.  He has acted as bond counsel to governmental issuers of all types in financing public infrastructure. He is named a Best Lawyer for his work in Public Finance Law and is recognized as an expert in public entity law, public/private partnerships and intergovernmental cooperation. He received his J.D. from the University of Michigan Law School, M.P.P. from the Institute (now Ford School) of Public Policy Studies, and A.B. from the University of Michigan with an emphasis on economic analysis. His board service includes the Citizens Research Council of Michigan and the Southeast Michigan Council of Governments where he was SEMCOG’s vice chairman.