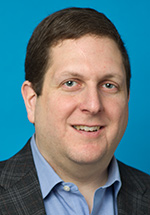 The Michigan Sports Hall of Fame has elected three new members to its board of directors. They are: Matt Friedman, co-founder of Tanner Friedman public relations; Heather Collart, senior director of community relations for the Detroit Pistons; and Wade Martin, vice president of partnerships for the Detroit Lions. The members will serve a three-year term focusing on the nonprofit’s leadership and governance.

The nonprofit organization is  comprised of 300 former champions, medalists, and great contributors to the world of sports. It has honored the most influential figures in the history of Michigan athletics, and is committed to impacting communities and inspiring people by celebrating and honoring the traditions, legacies and history of sports throughout the state of Michigan.

In addition to nearly 20 years in public relations, Friedman’s communications career includes time covering sports on the radio. He is a graduate of the S.I. Newhouse School of Public Communications at Syracuse University in Syracuse, New York, where he served as News Director at WJPZ-FM, at the time the nation’s highest-rated collegiate broadcast outlet. He was inducted into the WJPZ Radio Hall of Fame in 2012.

Friedman is from West Bloomfield; Collart and Martin are both from Royal Oak.