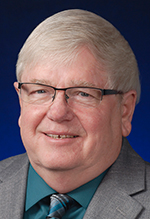 Lansing-based The Michigan Association of Counties  has elected board officers and members for 2015-16 at its recent annual conference.

New directors for the board chosen were:

Doucette is the chairman of the Alger County Board of Commissioners. Before his retirement, he worked in power generation at the Presque Isle Power Plant in Marquette for 40 years. He was a member of the International Brotherhood of Electrical Workers.

For more information on MAC, go to micounties.org.