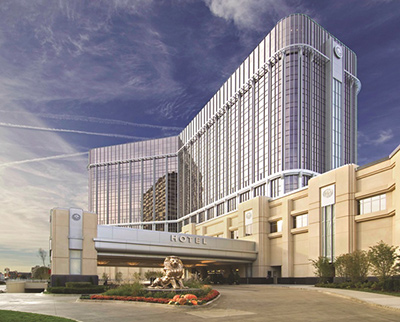 “Being continuously recognized for this prestigious award is a true reflection of the dedication our team members have to deliver superior guest service,” says Steve Zanella, president and COO of MGM Grand Detroit. “We are honored to be the only Downtown Detroit hotel and spa to be named as a four star property.”

Located between Detroit’s downtown and Corktown neighborhoods, MGM Grand Detroit is the city’s first and only luxury resort-style casino built from the ground up. The property features 400 chic and stylish guest rooms, three signature restaurants including two from Master Chef Wolfgang Puck, the full-service IMMERSE spa and many entertainment offerings.

MGM Grand Detroit is the only property in the city of Detroit named to the luxury travel ratings that have been the gold standard in the hospitality industry since 1958.

“Our Star Ratings recognize the finest hotels, restaurants and spas in the world,” says Gerard J. Inzerillo, CEO of Forbes Travel Guide. “These ratings serve as the most authoritative guideposts for guests seeking exceptional travel experiences. Our primary mission is to contribute to excellence in hospitality, serving the global tourism industry as well as the guest,” said “We’re proud to be associated with the new additions to our global list.”