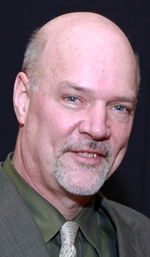 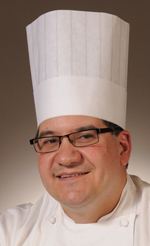 Keith Schofield as food and beverage director and has promoted Alejandro Garza to assistant executive chef.

The Royal Oak resident opened a deli in West Bloomfield with Matt Prentice in 1989, helping to build the company, Matt Prentice Restaurant Group, as the senior managing partner overseeing five properties. He also oversaw the catering operations of the Hotel Baronette in Novi and The Kingsley Inn in Bloomfield Hills until he left in 2007. In 2008, he was named director of food & beverage operations at the Townsend Hote in Birmingham.

Garza spent nine years at the Ritz-Carlton Hotel in Dearborn, serving as executive sous chef beginning in 1994. He subsequently went to the nearby Henry Ford Greenfield Village where he worked as a banquet chef before returning to the Ritz as Chef de Cuisine at The Grill Restaurant. In 2009, he joined MGM as banquet chef. The Dearborn resident received a culinary arts certification from Schoolcraft College.

As assistant executive chef, Garza will ensure the consistency of MGM Grand Detroit’s food and beverage offerings; supervise all kitchens, emphasizing menu development; and serve as the liaison and overseer between the kitchens, restaurants and stewards, amongst his other responsibilities within the resort.