Merrill Lynch Wealth Management, a division of Bank of America, has hired Jennifer Jennings and Donny Wohl as private wealth advisors from J.P. Morgan’s Private Bank in Michigan to be part of Merrill Lynch’s Private Banking and Investment Group.

In their new positions, they will be responsible for serving high net worth individuals and families, while working as part of Merrill Lynch’s Private Banking and Investment Group in the Bloomfield Hills office.

Jennings, a resident of Birmingham, began at Merrill Lynch in 1996 as a financial advisor in San Jose, Calif. She joined J.P. Morgan’s Private Bank in Michigan where she worked with high-net-worth individuals and families to handle investment, estate, and banking needs. She also founded and led the Michigan Women’s Initiative, which facilitates educational seminars for clients as well as roundtables for female senior executives and business owners.

Jennings earned a Bachelor of Science degree from the School of Education and Social Policy with an emphasis in Economics from Northwestern University in Evanston, Ill. 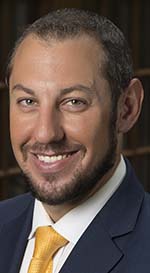 Donny Wohl, (right), worked with JP Morgan’s Private Bank for more than ten years, handling responsibilities within the firm. As an executive director, he ran the investment practice for the state of Michigan, directing ten investment professionals.

Wohl, of Ann Arbor, graduated from the University of Michigan with honors, earning his degree in management and communications.