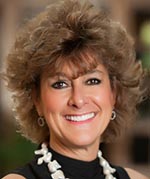 DETROIT — Melissa Spickler and Marie Vanerian, both financial advisers with Merrill Lynch Wealth Management in the Detroit market, were recognized by Barron’s magazine on the annual “Top 100 Women Financial Advisors for 2013” list. This recognition is an industry honor, and testament to both women’s extensive professional accomplishments.

Spickler, left, managing director, wealth management and financial adviser for Merrill Lynch, founded The Spickler Group when she began working with Merrill Lynch in 1980 and has recently been recognized for the second straight year on Barron’s “America’s Top 100 Women Financial Advisors” list. She was also recognized by REP. magazine as one of the “Top 50 Wirehouse Women” in 2012 and 2013. At Merrill Lynch, Spickler serves as executive director of the Detroit Chapter’s Women’s Exchange and recently served three years on the National Advisory Council to Management. For over three decades, Spickler and her team have worked with with top-level executives to develop and administer a diverse range of retirement plans for businesses nationwide. Spickler is a graduate of Michigan State University.

Vanerian, Merrill Lynch senior vice president, began her career at Merrill Lynch in 1977 after earning her degree in economics at Michigan State University. In 2001,Vanerian was granted the Certified Investment Management Analyst designation by completing a program offered through Wharton Business School, in conjunction with Investment Management Consultants Association.

This follow’s Vanerian’s recognition on Barron’s annual “America’s Top 1,000 Advisors: State-by- State” list, which published in February. Vanerian has worked with 401(k) and 403(b) plans, public and private pension plans, foundations, endowments, religious organizations, and private family offices to provide institutional consulting and advisory services. She has been an active member of the Michigan Association of Public Employee Retirement Systems for more than 20 years.