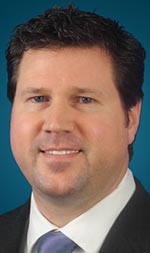 In this position, Christman is responsible for communicating Meritor’s financial information and strategic vision to the company’s shareowners and other constituents.

“Charlie’s background and extensive industry experience make him an excellent choice for this important financial role,” Anderson said. “He is well positioned to help Meritor continue reaching out to our key stakeholders.”

Previously, Christman was finance director, aftermarket & trailer. He joined the company in 2011 as director, corporate strategy. Prior to that, he held several positions at General Motors, serving in the New York Treasurer’s Office from 2004 to 2011. His most recent position at GM was manager, capital markets.

Christman holds a Master of Business Administration degree from Michigan State University’s Eli Broad Graduate School of Management. In addition, he earned a Bachelor of Science degree from Indiana University.