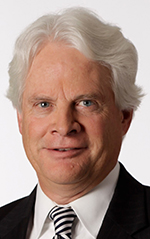 National law firm Dykema has announced that an attorney of its Bloomfield Hills office, Dennis Haffey, has been inducted into the American College of Trial Lawyers.

Founded in 1950, the American College of Trial Lawyers consists of successful trial lawyers in the United States and Canada. To be considered for a fellowship, lawyers must have a minimum of 15 years experience. Attorneys should also have experience in dealing with diverse backgrounds, as well as holding the highest standards of ethical conduct, professionalism, civility, and collegiality.

Haffey received his juris doctor degree from the University of Michigan Law School.