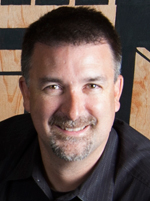 TROY— Antoine Dubeauclard, president of Media Genesis Inc., has been selected to join the board of directors of the International Visitors Council of Metropolitan Detroit.

Connie Hogan, the organization’s president, said that Dubeauclard was chosen for board membership based on “his international background, experience, citizen diplomacy, international relations, and because he has lived in several countries.”

With Media Genesis founder and CEO Brad Frederick, Dubeauclard strives to encourage international collaboration in business. Media Genesis developed an international internship program, partnering with an array of sponsor companies abroad to connect with international employment candidates. Throughout the years, Media Genesis has acted as the host company for interns from Brazil, Germany, Spain, Ukraine, Finland, France, and the Netherlands.

Media Genesis also works with the international nonprofit sector, including organizations such as the United Nations in New York and UNESCO in Paris, on a variety of international web-related projects.