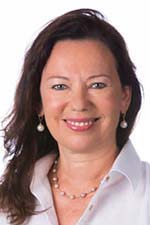 In her new position, Stegemann will work on increasing McCreadie Group’s presence in the domestic market by strengthening the sales and marketing teams, as well as extending its reach to global markets.

Stegemann, of Ann Arbor, previously worked at General Electric, Coca-Cola, and Delta Airlines in strategy, manufacturing, operations, and international business. The White House awarded her the President’s E Awards for significant contributions to US exports in 2012 and 2016.

Stegemann earned her Bachelor of Science in chemical engineering from the University of Toronto and her Master of Business Administration from Emory University in Atlanta.