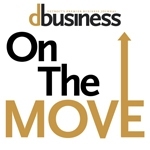 DETROIT – Mayor Dave Bing announced that he has reappointed former Recreation Department Director Alicia Minter to her previous position to help lead an initiative that will improve and expand recreational programs throughout the city of Detroit. The position has been vacant since Lori Cunningham resigned in July to return to her hometown of Washington, D.C.

The mayor recently launched the Active and Safe Campaign, a public-private collaboration developed to increase community support for a safer, more recreationally active city. The goal of the campaign is to raise money to support the mayor’s public safety initiatives, improve recreation facilities and provide high quality recreational programming for Detroit residents – both youth and senior citizens. The Active and Safe Campaign will bring together government, business, philanthropic groups and the community to support this important initiative.

Minter’s return brings institutional knowledge of the Recreation Department and a strong administrative and programming background to the position of Director.

“I am pleased to have Alicia Minter return to lead the Recreation Department,” Mayor Bing said. “Alicia brings with her a wealth of knowledge about the department and a strong commitment to helping me realize my vision for an active and safe Detroit.”