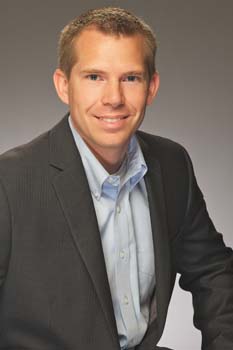 Detroit-based private equity firm Huron Capital Partners today announced Matt Hare, a principal at the firm, was recently honored with the M&A Advisor’s Emerging Leaders Award. The award recognizes industry leaders who have reached a significant level of success before the age of 40. Hare was chosen by an independent judging panel of business leaders.

“This is a very well-deserved honor,” says  Brian Demkowicz, managing partner at Huron Capital. “Since day one, Matt has worked hard and proven to be a valuable member of the Huron Capital team. This is the third straight year for at least one of our professionals to be recognized by the M&A Advisor, which demonstrates the depth of talent at our firm.”

Hare joined Huron Capital in 2008. He has contributed several investment platforms including Jensen Hughes, XLerate Group, and Ronnoco Coffee. He was also instrumental in the firm’s investment in Optimum Plastics, which was named the M&A Advisor M&A Deal of the Year ($100 million-$200 million) in 2016.

“The Annual M&A Advisor Emerging Leaders Awards was born as the 40 Under 40 Awards in the United States in 2010 to recognize and celebrate the achievements of young M&A financing and turnaround professionals who had reached a significant level of success and made a notable contribution to their industry and community,” says David Fergusson, president and co-CEO of the M&A Advisor. “With the expansion of the Emerging Leaders program to the United Kingdom and Europe in 2016, the 2017 U.S. award winners join a truly global network of outstanding young professionals.”

The Emerging Leaders Award winners will be introduced on Sept. 19 at a black tie awards gala hosted by the M&A Advisor at the New York Athletic Club in Manhattan.