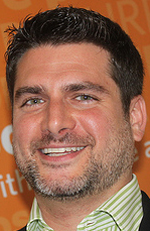 SOUTHFIELD — Entrepreneurs’ Organization Detroit, a chapter of the global community that enriches members’ lives through direct peer-to-peer learning, connections to experts and once-in-a-lifetime experiences, announced today that Farmington Hills-based Mango Languages Founder and CEO Jason Teshuba has been named the finance chair for the chapter.

Teshuba earned a Bachelor of Science degree from Michigan State University and is the vice president of strategy at the National Museum of Languages and serves as a board member of Yad Ezra, an organization that provides supplemental kosher food and necessities to those in need in the Jewish community.

Established in 1987 as a catalyst for entrepreneurs to learn and grow from each other, EO is a global network of more than 8,500 business owners in 40 countries. Together, these entrepreneurs account for $160 billion in sales and oversee 1.7 million employees.