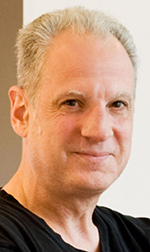 Randy Bolton, longtime artist-in-residence and head of the print media department at Cranbrook Academy of Art announced he will retire at the end of the academic year in 2016.

Bolton has spend nearly 30 years as an educator and began his career at Cranbrook began in 2002. As a practicing print artist, his work has been widely exhibited in hundreds of solo and group shows throughout the United States, Europe and Asia.

Bolton will return to a full-time studio practice near his home in Texas. he Academy will now begin an international search for a replacement.